by Ellen Levine and Kadir Nelson

Drawing from an actual historical account, Ellen Levine details some of the hardships... read more

Drawing from an actual historical account, Ellen Levine details some of the hardships and heartbreaks of slavery, and the creative resiliency of Henry “Box” Brown, a man who mailed himself to freedom. Levine’s account begins with the child Henry, who is cautioned by his master never to tell a lie when he gives Henry as a gift to his son. “Henry “didn’t say thank you. That would have been a lie.” Henry grows up and falls in love. Soon he and Nancy, his wife, have a family. When Nancy and his children are sold away, “Henry’s heart twisted in his chest.” He emerges from a period of despair determined to be master of his own fate, conceiving of the plan to mail himself to freedom. Henry succeeds with the help of an African American friend and a white abolitionist. There are questions that Levine’s narrative cannot answer because the answers are unknown, such as what happened to Henry’s wife and children, but the tragedy of slavery, and Henry’s dignity and self-determination, shine in both her words and Kadir Nelson’s stirring images. (Ages 8–12) 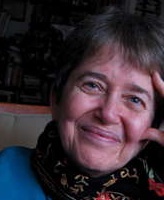 Alexander and the Wind-Up Mouse

Always Room for One More

Arrow to the Sun

The Boy of the Three-Year Nap

by Dianne Snyder and Allen Say

A Chair for My Mother

by Doreen Cronin and Betsy Lewin