The Dead and the Gone

by Susan Beth Pfeffer • Book 2 of the Last Survivors Series

Arriving on the heels of Life as We Knew It (Harcourt 2007), Susan Beth Pfeffer... read more

Arriving on the heels of Life as We Knew It (Harcourt 2007), Susan Beth Pfeffer here offers a parallel perspective on the life-altering impact of an asteroid hitting the moon. Alex Morales, a high-school senior with college ambitions, is a likeable young man who works at a New York City pizza joint, serves at his Catholic church, and cares for his siblings. On the night the asteroid hits the moon, knocking it out of orbit and instigating catastrophic climatic changes on Earth, Alex is juggling his responsibilities as usual. With his father away visiting family in Puerto Rico and his mother working late at the hospital, Alex is in charge at home. On that fateful night, he has no idea the level of responsibility that will soon bear down on his shoulders. In the days, weeks, and months that follow, Alex’s world, along with the universe as he knows it, spins madly and horrifically out of control. From spotty electricity and food supplies to none at all, and from the kindness of strangers to a “fend for oneself” mentality, the tension and terror resulting from this cataclysmic event are palpable. Alex soon realizes that there are more unknowns than knowns about the situation. Taking stock as best a seventeen-year-old can, he vows to protect his two younger sisters no matter what. At the heart of such grimness lies Alex’s faith—his religious convictions and the support of his parish community add an uncommon richness to this young adult novel. Shown candidly through Alex’s eyes, The Dead & the Gone is an all-too-believable story of survival. (Age 13 and older) 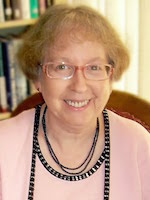