When Odella’s mother, Sally, was sixteen, she and her friends crashed through... read more

When Odella’s mother, Sally, was sixteen, she and her friends crashed through the ice on Mistik Lake while joyriding. Sally was the only survivor. Odella knows the facts, but not the feelings that have haunted her mother for years. Now her mom has left her dad and moved with another man to Iceland. Reeling from their mother’s abandonment, Odella and her younger sisters cling to each other, but teenage Odella soon resents how much Janelle and Sarah need her. Then word comes of their mother’s death, and they struggle to make sense of an absence that has gone from hazy to absolute. For Odella, respite from her hurt and anger and fear comes in the form of Jimmy Tomasson, the boy she met at the end of last summer while vacationing at Mistik Lake. As Odella makes plans to spend the coming summer at the lake, she unwittingly opens a door that has been kept closed on too many secrets for too long. Consummate writer Martha Brooks weaves an extraordinary story of loss, regret, forgiveness, and enduring love across three generations of a Canadian family and the lives theirs touch. Brooks’ story covers vast emotional territory, but always stays true to the hearts of its characters, and to the sensibilities of teen readers, for whom it offers affirmation in the importance of honesty and the power of love. (Age 13 and older) 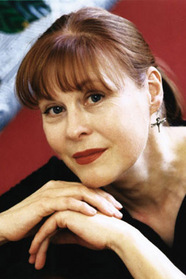