Jane on Her Own: A Catwings Tale

The fourth volume in LeGuin's engaging series about flying cats involves the youngest family member, Jane, who spreads her wings for greener pastures when she leaves the farm and heads for the excitement of the city. Although she is independent and adventurous, little Jane is also naive and trusting of humans. She ends up, miserably, in the hands of a man who exploits her natural talent by making her perform in public. Although life as a celebrity is at first exciting, Jane soon tires of it and plots her escape. As with other titles in this series, there is enough dramatic action to make this slender, illustrated volume a good candidate for reading aloud to younger children, while at the same time there is enough originality, sophistication and character development to make it appealing to older independent readers, particularly those who like fantasy or cat stories. The story stands perfectly well on its own but followers of the series will be delighted to meet a familiar character in the book's satisfying conclusion. (Ages 5-9) 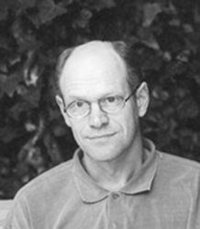