Out of the Pocket

Fourteen-year-old Charlie lives in New Avalon, a world similar to ours with one major... read more

Fourteen-year-old Charlie lives in New Avalon, a world similar to ours with one major exception: Most people have invisible fairies that offer some sort of advantage. There are good-hair fairies, clothes-shopping fairies, loose-change-finding fairies, and never-getting-lost fairies. Charlie is stuck with a parking fairy—whenever she’s in a car, the perfect parking spot will appear. For a teen who doesn’t yet drive and who doesn’t even particularly like cars, it’s a real burden. Adults always want her to ride with them. Even worse, Andrew Khassian Rogers, a senior jock who’s twice Charlie’s size, has a habit of picking her up at school—literally—and carrying her out to his car when he needs to run errands. Charlie’s classmate Fiorenze Burnham-Stone has the fairy most teenage girls desire—an all-boys-will-like-you fairy. Charlie is surprised when Fiorenze, whom she’s never liked, confesses to hating her own fairy. Soon the two are conspiring to trade. Relying on theories posited by Fiorenze’s mother, a fairy researcher, the teens find themselves engaging in increasingly drastic measures first to swap their fairies and then, when each gets a taste of the other’s world, to ditch them altogether. The blithe, wholly enjoyable tale features witty dialogue and memorably funny scenes, to which Larbalastier’s invented New Avalon teen-speak adds a great deal of flair. (Ages 11–14) 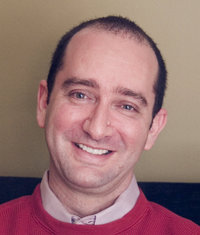