Aggie, Willow, Loretta, and Kirby have nothing in common, it appears, other than... read more

Aggie, Willow, Loretta, and Kirby have nothing in common, it appears, other than staying at the same run-down Sleepytime Motel in the middle of the Smoky Mountains. Aggie is a widow in her eighties looking to sell the empty motel, although for her it holds a lifetime of memories. Willow is the shy child of the man who wants to buy Aggie’s motel, but by moving there Willow fears her absent mother won’t know where to find her if she should return. Loretta, a much-loved daughter on vacation with her adoptive parents, yearns to feel a connection with the mountains her birth mother once visited. And Kirby is a sullen and troubled boy on his way to military school when his mother’s car breaks down and they must stay at the motel. In ways each individual never could have predicted, their lives are transformed by their overlapping experiences at the Sleepytime Motel. Told in alternate voices, each chapter offers quiet perspectives on how we see ourselves and others, and how even the smallest action can make a difference. (Ages 9–12) 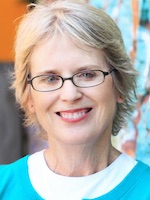