Georgia lives with her grandparents on the Blackfeet Reservation in northern Montana.... read more

Georgia lives with her grandparents on the Blackfeet Reservation in northern Montana. The year is 1964, and heavy spring rains on top of snow push the dam near their home beyond its limits. Fleeing the swiftly rising water, Georgia and her family barely make it to safety. In the wake of the devastation, Georgia finds a foal who miraculously survived the flood, and it becomes the focus of Georgia’s energy and a symbol of hope for the future. Pamela Porter’s short, spirited novel is based on the life of her friend Georgia Salois, a Mtis, who survived that flood. Porter’s narrative is compelling for the drama and appeal of the story itself, as well as for her honest portrayal of the poverty and racism that Georgia, her family, and other Native people in their town face on a daily basis. There is the school teacher who only acknowledges white children who get As, and there is the unforgivable treatment of the Indians in the midst of the crisis, when they were crowded into a room without beds or blankets at a local school and charged for any food they ate, while white people in the town had cots in the gymnasium and ate for free. These and other events unfold through Georgia’s eyes, with the harsh realities of attitudes and events tempered by the love and support she receives at home and within her community. (Ages 8–11) 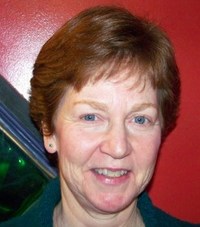