Some teens will be familiar with Neil Gaiman’s work as creator of the Sandman... read more

Some teens will be familiar with Neil Gaiman’s work as creator of the Sandman graphic novels. Coraline is Gaiman’s first novel written specifically for older children and young teens, and it’s deliciously scary, perfect for those who like spine-tingling reading. The novel is about Coraline, who finds a mysterious passageway in her new home that leads to another flat strikingly like her own, right down to the furniture in the rooms and the pictures on the walls. There is also a mother and father there–and they look and sound a lot like Coraline’s own parents, with the exception of their pale skin and button eyes. And unlike her real parents, Coraline’s “other” mother and father, as they call themselves, seem eager to spend time with her. Too eager. When they show Coraline the pair of black buttons they’ve been saving just for her, she swiftly retreats to the safety of her real home, only to find her real parents are missing. They’ve been taken prisoner by her “other” mother to lure Coraline back to that frightening place. Coraline goes, uncertain of her bravery but sure in her determination to get her parents back. Gaiman’s eery, edgy story features a world that is an empty, chilling mockery of Coraline’s real life, and one frightening turn of events after the other. But that world–and the story–is warmed and tempered by the courage and heart of its hero. Illustrator David McKean has worked with Gaiman on some of the Sandman titles and other ventures. In Coraline, his occasional black-and-white illustrations enhance the story’s gothic feel, while his cover image will help attract readers who like to be scared while deterring those who don’t. (Ages 10-14) 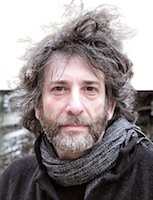 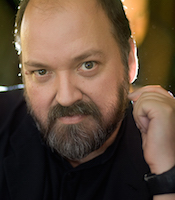