Young Sophos is the new king of Sounia but faces treachery and little support at... read more

Young Sophos is the new king of Sounia but faces treachery and little support at home. He’s shown up disguised as a beggar in Attolia, hoping to negotiate a deal with the King of Attolia, his old friend Gen, for support. But Sophos is shocked to find that friendship means little when Gen is acting as King. A satisfying conclusion to the story cycle begun with The Thief (1996) and continuing with The Queen of Attolia (2000) and The King of Attolia (2006), all published by Greenwillow, puts the main characters from those books into secondary roles. The psychology of Megan Whalen Turner’s characters and the political intrigue of her plotting is as complex and satisfying as always in this richly told tale. Sophos is particularly notable for his vulnerability, uncertainty, and remarkable growth as he recounts his long and often treacherous path to the throne of Sounia—a position he claimed somewhat reluctantly—and then comes into his own as king. (Age 13 and older) 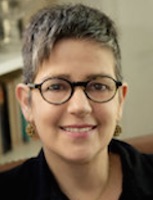