Sixteen-year-old Josh is just waking up when the pods appear outside his home in... read more

Sixteen-year-old Josh is just waking up when the pods appear outside his home in Washington State. Twelve-year-old Megs is in a hotel parking ramp in Los Angeles, hiding out in the car she and her mom have been living in. But the pods—ominous alien spherical vessels that appear to ionize anything moving in their range—aren’t the only threat in this story that also examines the psychological response of people under duress. Josh, who would like to deny the severity of the situation even though his mother is missing, is trapped at home with his father, who’s rationing supplies and preparing for the worst. Megs, whose mother isn’t with her, is facing an even more immediate threat than the pods—she’s being hunted through the parking ramp by looters who want something she has. Author Stephen Wallenfels offers a gripping sci-fi and survival story grounded in the very real human responses of its characters. (Age 12 and older) 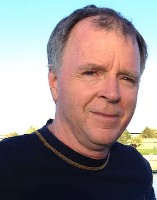