In the week before Hurricane Katrina hits New Orleans, twelve-year-old Lanesha is attending school, running errands in her neighborhood, and starting to make a new friend in TaShon, a boy who lives nearby. Lanesha lives in the Ninth Ward with Mama Ya-Ya, the woman who’s raised her since birth, while the ghost of Lanesha’s mother is the silent third resident of their home. In this vivid work of realistic fiction the ability to sense things beyond the physical world is simply part of the fabric of Mama Ya-Ya’s and Lanesha’s lives. It’s as real as the rhythm of life in their neighborhood, a place where people do what they can for one another. But that rhythm is disrupted as the hurricane approaches and warnings come to evacuate. Lanesha and Mama Ya-Ya have no way out of the city, or even to the stadium where many others are taking shelter. They remain at home, eventually joined by TaShon. The ferocious winds and torrential rains are frightening, but the rising waters in the storm’s aftermath are a slow and quiet terror. When the attic in which the three take shelter begins filling with water, Lanesha discovers survival is more than a matter of strength and courage, but of faith as well. In the end, that means holding on, reaching out, and letting go in author Jewell Parker Rhodes’s memorable, exquisitely realized story that offers an affecting look at the tragedy of Hurricane Katrina through one child’s experience. (Ages 9–13) 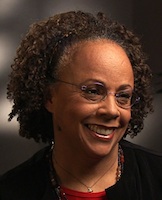