They Called Themselves the K.K.K.: The Birth of an American Terrorist Group

Susan Campbell Bartoletti traces the history of the Ku Klux Klan, from its inception... read more

Susan Campbell Bartoletti traces the history of the Ku Klux Klan, from its inception in 1866 as an outgrowth of a conversation among six disgruntled Confederate veterans, through the Reconstruction Era, and up to the present day. Using a combination of scholarly histories, white supremacist writings, and primary sources such as attendance at a Klan Congress, Bartoletti offers an insightful examination of a controversial organization. Initially a social club known for its drunken and sophomoric antics, the Ku Klux Klan quickly evolved into a powerful and political force exerting immense control over southern populations, both Black and white. While Bartoletti focuses primarily on the KKK during the time of Reconstruction and the peak of its power and influence during the nineteenth century, she also speaks to the lasting impact of terror used as a weapon and the ongoing efforts of the Klan in contemporary times. Detailed source notes, quote attributions, a Civil Rights Time Line, and archival photographs and illustrations support the compelling text. (Age 13 and older)

Meet-the-Author Recording with Susan Campbell Bartoletti about They Called Themselves the K.K.K. 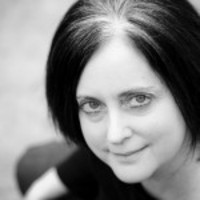