by Kathi Appelt and August Hall

Kathi Appelt weaves elements of legend, lore, and fantasy into a novel in which ten-year-old... read more

Kathi Appelt weaves elements of legend, lore, and fantasy into a novel in which ten-year-old Keeper’s attempt to journey in a small red boat to the rocky reef 100 yards offshore from her Texas Gulf Coast home ends up taking her farther than she’d planned. She hopes to find her mother, who she believes is a mermaid, in order to make sense of a day that was supposed to be so right but on which everything went wrong. Her friend Dogie was going to propose to Signe, the young woman with whom Keeper lives. Now Signe, Dogie, and even their elderly neighbor Mr. Beauchamp are upset because of things Keeper did and did not do. With her dog and pet seagull, Keeper is caught in a nighttime storm and swept past the reef into rough open sea. The farther she goes from shore, the harder it is for Keeper to maintain the fantasy about her mother’s identity. Truth—in the form of memory—finally takes hold, but with it comes the affirmation Keeper needs, and also rescue from a surprising source. Much like she did in The Underneath (Atheneum, 2008) , Appelt gives every being in her story voice and conscience—human and nonhuman alike are observers, tellers, and agents in her tale, and she moves in and around each character’s story without ever losing her way. The result is a beautifully crafted novel that creates a full circle filled with love. (Ages 8–11) 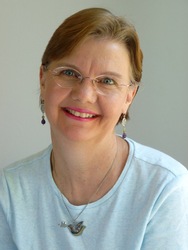