by Victoria Bond and T.R. Simon • Book 1 of the Zora and Me Series

Carrie and her best friend Zora are both nine and living in Eatonville, Florida,... read more

Carrie and her best friend Zora are both nine and living in Eatonville, Florida, an all-Black community, just after the turn of the twentieth century. Zora is convinced a quiet older man in their town has the power to transform into a killer gator. Her already active imagination is further fueled by a book of gator myths and lore, and she convinces Carrie and their friend Teddy to help her investigate. Then a homless Black man is found murdered. Is it the work of the killer gator, or something even more sinister? It’s Zora’s habit of listening in on adult conversations and asking questions that eventually helps her piece together what happened, which has nothing to do with magic or myth and everything to do with racism beyond the borders of their town. This swiftly paced story is spun from elements of the childhood of Zora Neale Hurston, who would grow up to become a masterful storyteller—something foreshadowed here. Clarification on fact versus fiction in the story would have been a welcome addition to the end matter about Hurston, which includes a brief biographical sketch as well as a timeline of her life and selected bibliography. But that doesn’t detract from this captivating mystery featuring terrifically appealing characters and a strong sense of place and time. (Ages 9–12)

Meet-the-Author Recording with T.R. Simon and Victoria Bond about Zora and Me 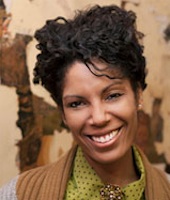