Alternating chapters beginning in 1973 chronicle the lives and journeys of two individuals whose radically divergent paths eventually meet. At ten, Doug is a victim of anger in his family. As a teenager he finds relief in expressing his own rage through violence. Jason is thirteen when he comes out to his family. His hyper-religious mother throws him out of the house, and he’s soon living on the streets, eventually hustling to survive. In 1980, Doug’s racist, neo-Nazi gang attacks a group of gay street kids in Los Angeles, and Jason becomes the focal point of their violence. Davida Wills Hurwin chronicles each boy’s journey—paths of pain and hurt that leave one boy looking for safe harbor and love, and the other striking out in fury—to that terrible meeting in this chilling novel that also explores redemption by documenting the aftermath over the next twenty-five years. Her book is based on the real lives of Timothy Zaal and Matthew Boger, who met doing work at the Museum of Tolerance in Los Angeles as adults and realized they had crossed paths years before when Zaal viciously beat Boger on the streets. Hurwin doesn’t shy away from explicitly describing the reality of either boy’s life in this compelling novel with a conclusion that would be hard to believe were it not based on fact. (Age 14 and older) 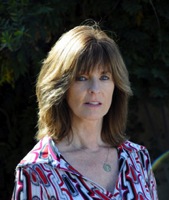