Bird in a Box

This novel set primarily in 1937 builds to the historic boxing match between Joe... read more

This novel set primarily in 1937 builds to the historic boxing match between Joe Louis and James Braddock when Louis became Heavyweight champion. But its focus is three African American kids in interconnecting stories. Hibernia is a talented singer who dreams of stardom; Otis was recently orphaned; and Willie fled his home to escape an abusive father. Otis and Willie meet at the Mercy Home for Orphaned Negroes. Hibernia meets them both when her church youth choir performs at the home. Hibernia’s mother abandoned her family to pursue her own dreams of stardom when Hibernia was a baby; now Hibernia’s strict preacher father is unsupportive of her desire to sing professionally but she’s determined to grab any chance she gets. Otis’s father gave him the radio he treasures after finally finding a job; not long after both of Otis’s parents were killed in a car accident. Willie’s mother sent him to Mercy after his father severely burned the boy’s hands; she knew she could no longer protect her son. The two boys draw strength from their friendship—a circle that expands to include Hibernia—and all three, like the larger Black community, draw strength from the hope and promise that Joe Louis represents. Pinkney’s engaging narrative is full of vivid details of the Depression era, graced by lively language, and buoyed by a sense of hope and promise represented in her three main characters and the vibrant community of which they are a part. (Ages 8–12) 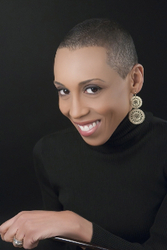 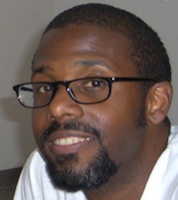 Created by The Bull Horn