The completion of the story cycle begun with Graceling (Harcourt, 2008) and... read more

The completion of the story cycle begun with Graceling (Harcourt, 2008) and continued with Fire (Dial, 2009) focuses on Bitterblue, daughter of Graceling’s evil King Leck. Teenage Bitterblue, now ruler of Monsea, witnessed her father’s cruelty in the castle but knows she must learn about his reign of terror beyond its walls if she is to become a just ruler. Sneaking out in disguise at night, she meets Teddy and Saf, two young men involved in the underground truthtelling movement intent on bringing the abuse, kidnapping, and murder rampant under Leck into the open. But truthtellers like Teddy and Saf are turning up dead or accused of crimes. Who could be trying to stop them? Bitterblue’s search for answers is complicated by her advisors, who are haunted by the past, and her own half-memories. It’s also complicated by falling in love with Saf—a Graceling who doesn’t know Bitterblue’s true identity until he’s falsely accused of murder. When she reveals it to save him, he feels betrayed. Kristin Cashore’s rich, complex fantasy brings her trilogy to a satisfying close with characters from all three works coming together. In the process, she creates a haunting, unsettling portrait of manipulation and cruelty as Bitterblue learns about the past, and a hopeful look at how truth and love are sources of strength that set the stage for healing as she faces the future. (Age 14 and older) 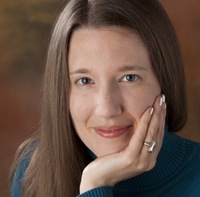