See You at Harry's

Twelve-year-old Fern is the third of four children. Her older sister, Sarah, is taking... read more

Twelve-year-old Fern is the third of four children. Her older sister, Sarah, is taking a year off between high school and college to work at the family’s restaurant. Her older brother, Holden, is just starting high school and coming out to his family. Her younger brother Charlie, age three, is exceedingly cute and spoiled rotten. Fern’s parents run a second-generation family restaurant, Harry’s, something of an institution in town. Her work-consumed father is always trying to increase business while her mother balances the restaurant with holding things together at home. As Fern starts middle school, Holden makes her promise to sit up front on the bus. She does, only to discover he’s trying to shield her from the terrible bullying he endures in the back. Readers get to know individual characters and the dynamics of this family—loving, rancorous, harried; in short, typical—before everything’s disrupted. Tragedy strikes—unexpected and devastating—and in the aftermath, Fern is both grief-stricken and numb. She’s also filled with guilt, blaming herself for what happened. Her mother retreats into depression; her father and older sister step up, trying to parent and provide support while dealing with their own pain and guilt; and Holden absents himself as much as possible from the family. Author Jo Knowles beautifully reveals the weight of grief and the distance back to solid ground that can bear it in this affecting novel that skillfully integrates a teen coming out into a larger story about things that matter most. (Ages 11–14) 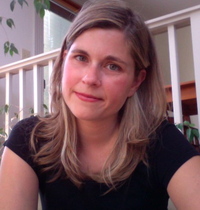