Early on in this memoir of Na Liu’s childhood in China in the 1970s, she wakes... read more

Early on in this memoir of Na Liu’s childhood in China in the 1970s, she wakes up for school but learns there won’t be school for her that day: Her grandpa has died. In fact, no one is going to school, because the grandpa her parents mean is Chairman Mao. Her parents’ grief is genuine, and the scene immediately differentiates this work from others published for youth about the Cultural Revolution, because both of Liu’s parents benefitted from some of the changes that brought such devastation to others. Liu’s mother had polio as a child and turned to Mao’s Army for treatment. Her father earned a government scholarship for farmers. Despite these benefits, her father’s family still suffers greatly from poverty in their rural village, something revealed in another vivid series of scenes when Liu and her father visit them. She feels an incredible disconnect and dissonance and sadness by the visit’s end. Liu grew up in a time of change and transition: Her mother was already pregnant with her little sister when the Chinese government enacted the one-child policy, so her family escaped that fate, and she knew her own life was easier than her parents’ had ever been. This account, in which Liu’s narrative is paired with her husband Andres Vera Martinez’s superb illustrations, is made up of a series of vignettes recounting memories from a relatively brief period of Liu’s life. But everything from the subdued palette to the restrained emotional tenor of the storytelling is affecting. (Age 12 and older) 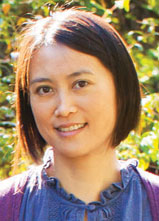 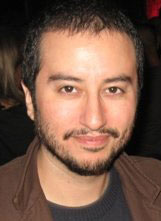 Created by Writing with Pictures