This Is Not My Hat

by Jon Klassen • Part of the Hat Trilogy

Jon Klassen’s follow-up to I Want My Hat Back (Candlewick Press, 2011) offers more humorous haberdashery, this time set underwater. A small fish is full of irrational optimism, sure his secret—he’s stolen a small hat from a very large fish and is wearing it proudly as he makes his way toward some reeds where he can hide—is safe. The humor comes entirely through the contradiction between what the small fish is saying and what can be seen in the art—the large fish in single-minded pursuit, being aided and abetted by a terrified crab who caves at a single look and points in the direction the small fish went. The vast difference between the action in Klassen’s understated illustrations and the smug tone of the droll narrative is priceless, as is the opportunity to talk about inference. (Ages 5–9) 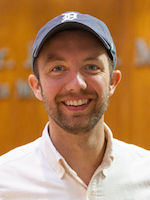 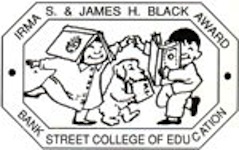