What the Moon Said

After Esther’s father loses his job in Chicago during the Depression, the family... read more

After Esther’s father loses his job in Chicago during the Depression, the family manages to buy a small farm in Wisconsin. Her immigrant parents include her warm German father and her more emotionally distant, Russian-born mother. In fact, Esther’s mother is so distant that Esther sometimes wonders if her mother loves her, especially because she seems much more affectionate with Esther’s siblings. As the family adjusts to rural life, Esther makes a good friend in Bethany, and loves her new teacher at the small school. But superstitious Ma soon forbids Esther from spending time with Bethany because of her new friend’s mole, which Esther’s mother believes is a devil’s mark. Soon Esther can’t help but blame a lot of the family hardship on her mother, especially as the Depression continues to bear down and makes their future on the farm she’s come to love uncertain. There’s an old-fashioned sensibility to this story that goes beyond its setting and time period. The storytelling itself, with several dramatic plot elements leading to revelations, has the feel of a piece from an earlier time. But if there is a sense of predictability, it comes with comfort and great satisfaction, even as Esther’s story ends happily but not in the prefect way she might have wished. (Ages 7–10) 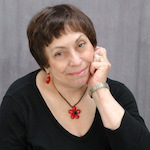