The Art of Keeping Cool

In 1942, thirteen-year-old Robert, his mother, and his little sister have moved to... read more

In 1942, thirteen-year-old Robert, his mother, and his little sister have moved to the small Rhode Island town where his father grew up for the duration of the war. Although Robert’s father is fighting overseas, he is never mentioned, never worried over, in that house. Robert’s grandfather rules with a mix of bullying and silence. His grandmother tries to keep everyone happy while pretending there isn’t any problem. Robert’s 13-year-old cousin Elliot seems oddly out of synch with what is happening but proves to be a talented, highly observant artist whose dark drawings capture the details of life in the house while exposing the underlying tensions and, eventually, the secret. Those tensions are reflected in the community as a whole by the presence of Abel Hoffman, a quiet German refugee artist. Abel’s challenging and provocative art is inspiration for Elliot. But many, including Robert at times, think Abel is a German spy, there to monitor and report on activities at the naval station. The U.S. government’s obvious interest in Abel only fuels those beliefs. The prejudice eventually builds to a frenzy, with tragic results. Janet Taylor Lisle’s complex novel about intolerance intricately plays out in the story of a family and a town. It is a testament to the courage of dreamers and artists. (Ages 10-14) 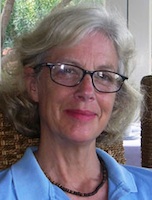