Most Dangerous: Daniel Ellsberg and the Secret History of the Vietnam War

An engrossing look at U.S. government deception of the American public throughout... read more

An engrossing look at U.S. government deception of the American public throughout our involvement in Vietnam, and Daniel Ellsberg’s efforts to make that deception—chronicled in the Pentagon Papers—public. Ellsberg, a veteran and Harvard Ph.D., worked at the Pentagon, and later for the State Department in Vietnam, gradually changing his views on U.S. involvement there, especially as he realized how much was being kept from the public. U.S. fears of communism post-World War II, and the refusal of one president after another to “lose” a war, were among the barriers to rational decision-making. But at a new position for a California-based think tank, Ellsberg ended up with access to a single copy of the Pentagon Papers, which he eventually decided to photocopy. No politician would touch what he begged them to make public, so he went to the New York Times. Part political thriller, part American primer, Sheinkin’s account becomes even more riveting as it follows the release of the story in the Times, a court injunction to stop publication of additional stories in that paper, and Ellsberg, hiding from federal authorities, getting additional copies into the hands of one major paper after another. Ellsberg’s patriotism is never in doubt in Sheinkin’s account, but neither is the patriotism of soldiers serving in the war who, like Vietnamese civilians and our military allies there, were also at the mercy of the decisions being made. Detailed source notes round out this masterful account that includes occasional black-and-white photos. (Age 14 and older)

Meet-the-Author Recording with Steve Sheinkin about Most Dangerous 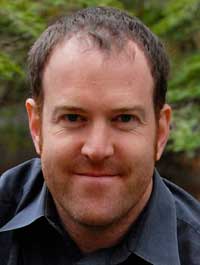