Symptoms of Being Human

Riley feels feminine some days, masculine others, but never feels safe outwardly expressing this shifting identity so dresses in gender-neutral clothing. As a result, Riley experiences dysphoria almost daily. On the first day at a new high school, Riley is called “it” before even getting in the door. But Riley gradually becomes friends with Bec and Solo. At the suggestion of a therapist, whom Riley has been seeing since a suicide attempt the year before, Riley has also started writing. Blogging under the pseudonym Alix, Riley is a source of online support for other teens. Riley’s parents know nothing about the blog or Riley’s shifting gender identity. It’s Bec who takes Riley to a transgender support group, one Bec attends because her sister, Gabi, who committed suicide, was transgender. It’s there Riley learns the term “gender fluid,” and feels relief even without being ready to say “this is who I am.” A horrifying sexual assault eventually fuels Riley’s determination to speak out. Riley’s voice is compelling and Riley, Bec, and Solo are vivid characters with believable strengths and quirks and uncertainties in a novel that also succeeds because the emotional arc feels authentic, and ultimately cathartic. (Age 14 and older) 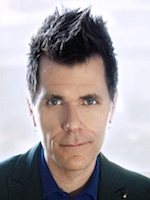