This riveting account chronicles Norwegian underground fighters’ efforts to sabotage the German production of heavy water in Norway, being used by the Nazis in an effort to develop an atomic bomb during World War II. Most of the men had escaped the country after the Nazi invasion. Working with the British in England, they planned the mission and then parachuted back into Norway in the middle of winter, joining others who had remained from the beginning of the German occupation. The effort ended up far more complicated than hoped when the initial assault did not completely destroy the plant where heavy water was produced. When the Germans finally decided to shut the plant down and move the existing heavy water, the partisans had to destroy the supply in transit, a mission that carried the emotional weight of risking civilian lives. A number of the partisans, whose commitment and endurance were remarkable, are introduced throughout a narrative informed by numerous interviews with their family members, as well as memoirs, diaries, and other primary source materials. Black-and-white photographs are included throughout, and ample notes are provided at volume’s end. (Age 12 and older) 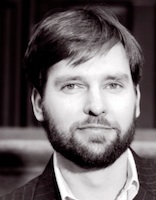