In the Shadow of Liberty: The Hidden History of Slavery, 4 Presidents, & 5 Black Lives

The introduction of this singular, important work directly confronts the contradiction... read more

The introduction of this singular, important work directly confronts the contradiction of founding fathers who fought for and spoke on behalf of freedom and liberty in the establishment of our nation while owning and relying on slave labor. “This book is about how the threads of slavery were woven deeply into almost every aspect of American society for centuries … It is about wealth and political power and untold misery. It is also about the deep scars slavery left on America—old wounds that surface in racial conflict today.” It goes on to look at the lives of five enslaved individuals, Billy Lee, Ona Judge, Isaac Granger, Paul Jennings, and Alfred Jackson, who were the “property” of four presidents: George Washington, Thomas Jefferson, James Madison, and Andrew Jackson. Author Davis examines the complexities and confronts the contradictions that go back to the founding of America in this thoroughly researched and documented work while also illuminating the lives of five African Americans, most of whom actively pursued freedom. (Age 13 and older)

Meet-the-Author Recording with Kenneth C. Davis about In the Shadow of Liberty 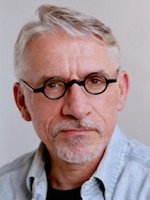