When the Moon Was Ours

Miel and Sam have been friends since the day Miel, drenched and scared, appeared... read more

Miel and Sam have been friends since the day Miel, drenched and scared, appeared in a field where a water tower had just been drained in Sam’s town. Miel is haunted by snippets of memory that include a curandero father long gone, and a mother and older brother who drowned. In the wind she sometimes hears her mother’s cries. But Miel has Aracely, the young woman who raised her, curer of lovesick, broken hearts, and Sam, who hangs the moon for her. Miel is one of the few who knows Sam is really Samira. He and his mother moved to town when Sam was small so he could live as a boy. The practice, from his mother’s Pakistani heritage, is called bacha posh and typically ends in adolescence. But Miel understands that it expresses who Sam is, now and forever. The Bonner Girls, las gringas bonitas, are four sisters who once could make any boy fall in love with them, but not anymore. Ivy Bonner believes the roses that grow from Miel’s wrist, the roses Miel see as her curse, can restore the sisters’ power. When Ivy learns Sam’s secret, Miel knows she’ll do what Ivy wants to protect the boy she loves. Latin American magical realism is foundational to this lush, sensual, astounding work graced by characters that are exquisitely, exceptionally human. Thick with secrets, this is a story of love and family and the power of speaking one’s truth. (Age 14 and older) 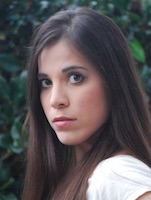 Created by Gay YA