The Female of the Species

Alex found her own way to render justice after the killer who kidnapped, raped, and... read more

Alex found her own way to render justice after the killer who kidnapped, raped, and mutilated her sister was set free for lack of evidence. Her calculated retribution was patiently planned and meticulously executed and his murder has never been solved. Now a senior in high school, Alex knows what she did isn’t normal but feels no remorse. Weighted by darkness, she’s resigned herself to a life alone. Peekay, another senior, volunteers at the animal shelter with Alex. Alex tries to avoid anything resembling friendship, but Peekay is open and kind. Jack, star athlete and valedictorian, remembers the search for Alex’s sister his freshman year. Now a chance meeting with Alex in their senior year has him wanting to know her better. Suddenly loner Alex finds herself with a boyfriend and a best friend. But Alex’s rage at a world where men too easily and too often abuse women and girls flares on a night when Peekay is drugged at a party. Alex intervenes and prevents a rape, but her violent response is frightening to everyone. Alternating among the three teens’ points of view, this engrossing novel confronts sexual violence and the often unspoken rage of women. Alex is both a metaphor for that rage and a sympathetic if unsettling character in a book that is righteously provocative and rightfully disturbing. (Age 14 and older) 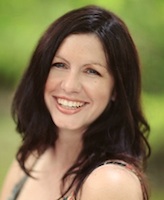 Created by The Big Thrill

Created by Holed Up In A Book