Two neighboring houses. A moving truck. A fence and a tree. A girl and a boy. As... read more

Two neighboring houses. A moving truck. A fence and a tree. A girl and a boy. As the story opens, she’s peeking out the window of one house, he’s sitting in the yard of the other. She watches as he pulls down some fence boards. Some of these become steps up the tree. The girl, now outside, watches him, peering over the fence, then from behind a bush. Finally she picks up the hammer he dropped and follows him up the tree. He’s surrounded by boards, pouring over plans, and clearly confused. There’s a tentative exchange of greetings before he hands her a bucket of nails. She reads the plans, clearly in her element. And then they get to work, holding boards and hammering, painting and playing, building a tree house and closing the distance between stranger and friend. Miyares’s illustrations are predominantly black-and-white with small accents and occasional washes of celebratory color as this wordless story progresses in a book that feels both nostalgic and timeless. And while the narrative arc is clear, it also leaves plenty of room for discussion, whether about details of this story or the ways strangers can become friends. (Ages 4-8) 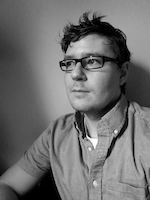 Harry Potter and the Sorcerer's Stone

Harry Potter and the Prisoner of Azkaban

Harry Potter and the Chamber of Secrets

Harry Potter and the Goblet of Fire

Harry Potter and the Half-Blood Prince

Harry Potter and the Order of the Phoenix

by J.K. Rowling and Mary GrandPre

The Hate U Give