The War I Finally Won

Ada is both annoyed by and envious of the emotional ease with which her little brother,... read more

Ada is both annoyed by and envious of the emotional ease with which her little brother, Jamie, seems to have adapted to their new life with Susan, their guardian, in this sequel to The War That Saved My Life. Ada loves Susan, but still harbors anger over years of her own mother’s neglect and cruelty. The death of their mother in the London Blitz, which opened the door to Ada finally having surgery to repair her club foot, makes for complicated, messy feelings. With Susan’s house in the village where Ada and Jamie were evacuated after leaving London also damaged by German bombs, the three of them move into a cottage on the Thornton estate. They’re soon joined by teenage Ruth, a German Jewish refugee whom Susan has been asked to tutor in math. Mrs. Thornton is furious: Jewish or not, Ruth is German and therefore the enemy. When the British military takes over the Thornton house, tensions rise even higher as Mrs. Thornton, too, moves into the cottage. Ada finds respite riding Butter, her beloved pony; in a burgeoning friendship with Ruth, dealing with her own trauma; and with her best friend, Maggie. Wonderful character development again distinguishes a book exploring grief and anger, loss and hope, love and family. (Ages 8-12) 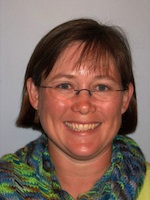 Created by City of Allen