Stuey has always known that the woods growing behind his home was once a golf course... read more

Stuey has always known that the woods growing behind his home was once a golf course built by his great grandfather. And he knows his great grandfather was a rather unscrupulous character—a bootlegger and, he later learns, an anti- Semite. He’s also heard odd stories about the strange disappearance of both his great grandfather and the lawyer who was after him. Most people assume that Stuey’s great grandfather murdered the lawyer and skipped town, but no one knows for sure. Stuey’s grandfather always warned him there were ghosts in the woods, but the woods have always seemed perfectly normal to Stuey, until he finds a mysterious treefall that forms a small shelter, big enough to play in. Things just seem different there—special, and sometimes creepy. It turns out the treefall has also been claimed by another child, a girl named Elly Rose who has just moved in to a house on the other side of the wood. The two quickly become best friends (soulmates, Elly Rose claims). It all seems like the normal stuff of childhood, until the day Elly Rose disappears. Literally. This deliciously strange novel defies the laws of physics but consistently follows its own rules as it moves toward a surprising resolution. (Age 11 and older)

Created by Candlewick on Brilliance Audio 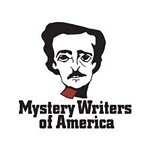