Not So Pure and Simple

Del has had a crush on Kiera since grade school, and she’s finally boyfriend-free.... read more

Del has had a crush on Kiera since grade school, and she’s finally boyfriend-free. He volunteers to join a youth group at church in which Kiera is involved as a way to impress her, only to discover that he’s unwittingly committed to a Purity Pledge: No sex until marriage. At Del’s high school, a rash of recent pregnancies has been perceived by some, including the media, as being the result of a pact among the teen moms to get pregnant (in truth it was the coincidental outcome of an unscheduled week of cancelled school and boredom). While the new moms, including Del’s friend Shianne, are often shamed, the fathers remain largely unscathed in public opinion; meanwhile, sex education in the curriculum is under fire. Del’s voice and situation are laugh-out-loud funny as he is drawn into the Purity Pledge group despite himself (it turns out they’re all hungry for accurate information about sex). Del, African American, is hopeful he has a chance with Kiera based on their exchanges; then she starts dating a guy Del can’t stand. After all he’s done to impress her, Del wonders, how could Kiera reject a nice guy like him? A novel that never loses its sense of humor asks essential questions about the sense of male entitlement that permeates Del’s perspective, and the damaging impact of toxic masculinity in our culture on both girls and women and boys and men. (Ages 13 & up) 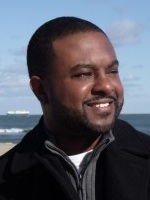 Created by A.K.A Literaticat

This Side of Home

by Gwendolyn Hooks and Colin Bootman

We Rise, We Resist, We Raise Our Voices

by Tonya Bolden and Don Tate

A Good Kind of Trouble

The King of Kindergarten

by Derrick Barnes and Vanessa Brantley-Newton