Percy Jackson and his fellow demigods face a devious foe in the third book of this... read more

Percy Jackson and his fellow demigods face a devious foe in the third book of this stellar series. Combining forces with Artemis’ Hunters, Percy and Grover travel west following the cryptic words of the Oracle of Delphi. They must rescue Artemis from imprisonment and free their friend Annabeth from her captors, all before Winter Solstice and the annual meeting of the gods on Olympus. As in the earlier books, starring this contemporary son of Poseidon, The Lightning Thief (Miramax/Hyperion, 2005) and The Sea of Monsters (Miramax / Hyperion, 2006), Rick Riordan casts classic mythology into a twenty-first century mold, resulting in memorable, and often hysterical, images. Apollo draws the sun across the sky in an unconventional chariot (a red convertible Maserati Spyder) while spouting atrocious haiku (“Dreams like a podcast, / Downloading truth in my ears. / They tell me cool stuff.”) A final showdown at Mount Orthrys against the Titan Atlas finds Percy and his friends ingeniously besting their enemies … at least until Book 4. (Ages 10–14) 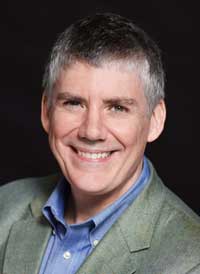 Word lists, definitions, and example sentences for Titan's Curse, The (Percy Jackson and the Olympians Series)