With his daddy in Parchman Farms, the state penitentiary, Lymon is being raised by... read more

With his daddy in Parchman Farms, the state penitentiary, Lymon is being raised by his grandparents in Vicksburg, Mississippi. After his beloved Grandpops dies, his aunts move Lymon and his grandmother, who can barely cope with her own needs let alone Lymon’s, to Milwaukee. When his daddy is released, Lyman hopes they’ll be together again, but Daddy makes promises he doesn’t keep, arriving in Milwaukee one day and leaving the next, always on the road for musical gigs. Lymon’s mother, who left him as a toddler, reappears on the scene when his grandmother’s health declines. She takes him to live with her in Chicago, where he has two younger half-brothers and a domineering stepfather. African American Lymon, who first appeared as a school-yard bully in last year’s Looking for Langston, is seen here from the inside out. A story spanning a decade, from 1938 to 1947, shows Lymon’s anger and sadness build across years of abandonment and, eventually, physical abuse. The constant in Lymon’s life is music, which he “has an ear for,” and it’s music that brings respite, and adults stepping up that bring Lymon hope, by story’s end. Cline-Ransome demonstrates her genius for depicting setting and fully fleshed out characters with an economy of style that makes for a quick, yet deeply satisfying reading experience. (Ages 8-12) 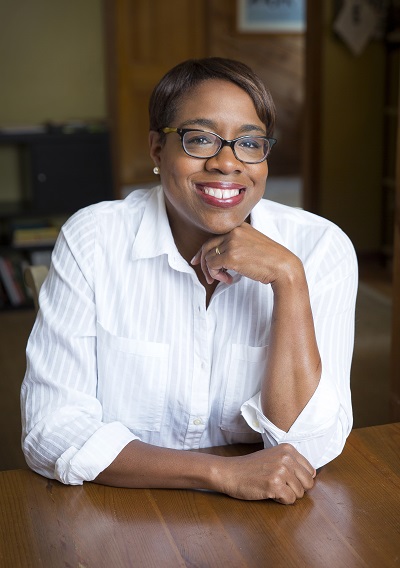 Invitation to Imagine from Lesa Cline-Ransome