The Scarecrow and His Servant

by Philip Pullman and Peter Bailey

Brought to life by a fortuitous lightning strike, a scarecrow engages an orphan named... read more

Brought to life by a fortuitous lightning strike, a scarecrow engages an orphan named Jack as his servant and the two hit the open road in search of “excitement and glory.” The excitement is easy to find as the Scarecrow’s spirited ideas (which far exceed his brain power) propel the duo from one dramatic adventure to the next. The Scarecrow obliviously creates chaos at every turn, while quick-thinking Jack works feverishly to avert disaster. Much of the story’s humor and delight is created by the Scarecrow’s uninhibited style, whether he’s facing a band of brigands, performing with itinerant actors, or joining a regiment of soldiers in battle. Meanwhile, the Scarecrow and Jack are being pursued by a representative of the Buffaloni family, crooked business owners with a secret motive for wanting to permanently dispose of the Scarecrow. In a hilarious and clever courtroom finale, Jack and a contingent of birds (ironically the very creatures who should be the straw man’s enemies) defend the Scarecrow and expose the Buffaloni’s scam. Despite one last desperate attempt to poison the Scarecrow with a woodworm infestation, the Buffalonis are defeated, allowing Jack and the Scarecrow to happily live out their days. Pullman’s story has all the comfort of a familiar fairy tale, but offers up two fresh and memorable characters. Peter Bailey’s line drawings and a generous font size will help draw in newly independent readers. (Ages 8–11, younger for reading aloud) 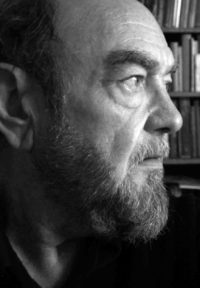 Created by The Telegraph

Created by The New Yorker