Marcus is a seventeen-year-old hacker in San Francisco who loves playing computer games and subverting his school’s online security system to do so. He and his three friends skip school one day to play an online game that involves going to real places to search for clues. But just as they’re getting started, the Bay Bridge is blown up by terrorists. Marcus and his friends are picked up by National Homeland Security and taken to a secret prison where they are held for several days and interrogated. Marcus had enough gadgets on his person to arouse suspicion. Once they let him go, he’s so angry that he gets even by establishing an army of teen hackers in order to fight the government’s ever-increasing infringement on civil liberties and to expose NHS for the sham that it is. Using the secret identity “M1k3y,” he becomes a hero throughout geekdom—and a marked man everywhere else. The government would love to get its hands on him. The problem is, they have no idea who he is, and he always manages to stay one step ahead of them. On its most superficial level, Little Brother functions as a fast-paced action novel that’s impossible to put down. But you don’t have to scrape very far beneath its surface to appreciate its truly subversive nature. For the more technologically inclined, it offers the tools to stage a techno-revolution, and for the more politically inclined, it offers the impetus for wanting to do so. (Age 13 and older) 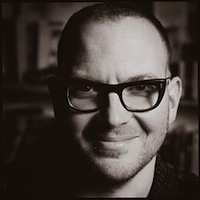 Created by The Author Hour