Queen of the World!

by Jennifer L. Holm and Matthew Holm • Book 1 of the Babymouse Series

Babymouse is suffering from the everyday doldrums. “Where was the glamour?... read more

Babymouse is suffering from the everyday doldrums. “Where was the glamour? The excitement? The adventure?” Although she can imagine herself as queen of the world, Babymouse knows the incontestable queen of her school is Felicia Furrypaws. In volume one of this new graphic novel series, Felicia and her band of acolytes have no time for Babymouse, or her best friend, Wilson the Weasel. Despite Babymouse’s frantic attempts to suck up to Felicia and earn an invitation to her slumber party, Felicia is unimpressed. It’s not until Babymouse surrenders her book report to Felicia that she is granted an invite to the big event. The party turns out to be a colossal disappointment, and Babymouse realizes she’d much rather hang with Wilson, eating cupcakes and watching Attack of the Giant Squid . In volume two, Babymouse: Our Hero, the irrepressible rodent faces—and conquers—the horrors of gym class: dodge ball. As in the first book, Babymouse’s imaginative riffs—in which she always plays the leading role, whether it’s as Robin Hood, a film noir detective, or an inmate serving a life sentence for failing to understand fractions— showcase daydreams that every child can relate to. A perfect entrée into the land of graphic novels for grade school girls, Babymouse brims with humor and imagination. Babymouse insinuates herself into every part of her book, even making an appearance on the verso of the title page to comment on the copyright and CIP information (“What is all this stuff?”) The uncluttered black, white, and pink comics are easy to follow and show a smooth integration of dialogue and art. Babymouse will be met with open arms by libraries everywhere that are anxious to meet high demand for graphic novels, and especially eager to find good choices for younger readers. (Ages 8–10)

Meet-the-Author Recording with Jennifer L. Holm and Matthew Holm about Queen of the World! 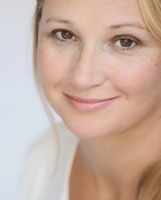 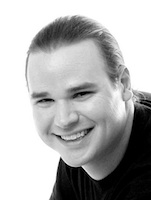