Kate’s decision to sell her shadow after her father dies is a dangerous one,... read more

Kate’s decision to sell her shadow after her father dies is a dangerous one, leaving her no choice but to flee her village. Even if no one notices her fading shadow, it will be hard to hide the fact that her cat, Taggle, can suddenly talk—the gift she received in the bargain to ease her loneliness. Kate’s taken in by a band of Roamers who have no idea of the deal she’s made. They admire her skill as a carver and have sympathy for the challenges she’s faced. But a Roamer girl whose mother was a witch healer eventually discovers Kate’s secret. Instead of raising the alarm, Drina offers to help Kate get her shadow back, using the incantations her mother taught her before being burned to death for witchcraft. But Drina isn’t skilled enough to fulfill her good intentions. Everything goes wrong, and Kate is cast out from the people she’s come to love, even as the magic that’s been unleashed threatens them all. Erin Bow’s highly original debut fantasy features a cast of intriguingly complex characters, including the highly entertaining—and ultimately heroic—talking cat. There are moments of pure heartbreak in this story that reveals the worst, but also the best, of human nature. (Ages 10–13)

Created by YA Book Shelf 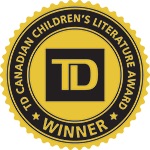