by J.K. Rowling • Book 7 of the Harry Potter Series

J. K. Rowling brings her seven-part, sweeping story to its dramatic conclusion in Harry Potter and the Deathly Hallows , a tense and riveting narrative that moves at breakneck speed, despite its bulk, toward the inevitable final confrontation between now-seventeen-year-old Harry and the evil wizard Voldemort. This time around Rowling deviates from the pattern that is so familiar in the others—there is no return to Hogwart’s for Harry, Ron, and Hermione at the start of the school year. Voldemort and the Death Eaters now control the Ministry of Magic and the school. And so while the dwindling members of the Order of the Phoenix battle on like the resistance fighters they are, and while thousands of innocents face persecution and death, the three friends are committed to completing the task Dumbeldore set for Harry—hunting down and destroying the Horcruxes that harbor pieces of Voldemort’s splintered soul. Rowling does follow the cycle of the seasons that has been so much a part of the passage of time in the previous stories, offering this comforting familiairty as she chronicles the distress in the world she’s created and the three friends’ dangerous, uncertain journey. And she continues to weave her spell of magic—blending an imaginative and inventive plot, teasing humor, and complex, fascinating characters into an irresistible story. As Rowling’s narrative moves through fall and winter into spring, she is preparing both Harry and readers for its conclusion, which comes in a dazzling, ferocious battle involving all those they have come to either love or despise. At the center of it all is the young wizard who is willing do whatever it takes to save all that he holds in his heart. Rowling has done both her story and her readers justice as she brings her smart and incredibly satisfying tale to an end. (Age 10 and older) 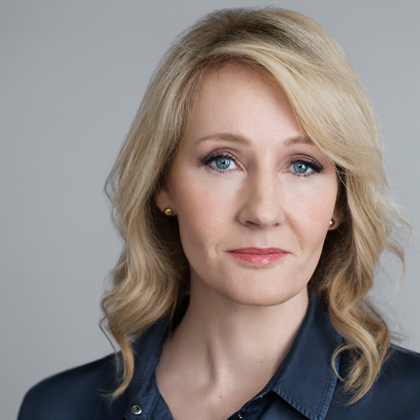 Website for Movie Adaptation of Harry Potter and the Deathly Hallows

The Pigeon Wants a Puppy!

Tales from a Not-So-Fabulous Life