Fourteen-year-old Abby has been struggling socially since starting high school. Then... read more

Fourteen-year-old Abby has been struggling socially since starting high school. Then she meets Luke online, and her life and esteem begin to revolve around him. She isn’t comfortable when he first asks her to take off her shirt in front of the webcam, but Luke affirms her beauty and how much he cares for her. So she does everything he asks. Part 1 of this novel is told from Abby’s perspective. Part II begins with Abby’s disappearance after she runs away with Luke. The frantic search for her is told from the perspectives of Abby’s younger sister, Lily, and Abby’s best friend, Faith. After Abby is found in a hotel with Luke (who was not as young as Abby thought), her voice rejoins the narrative in Sarah Darer Littman’s chilling novel that goes bravely into uncomfortable territory. Abby’s time with Luke is revealed in flashbacks that don’t shy away from describing Luke’s continuing manipulation and sexual exploitation. Abby’s difficulty letting go of her deep-seated belief in Luke’s good intentions; the impact of her disappearance and abuse on her family and closest friend; and the ease with which most of her peers blame her for what happened when she finally makes the return to school, are all disturbingly believable. So, too, is Abby’s vulnerability, inexperience, and confidence in her own Internet savvy. A climactic scene in which Abby addresses the entire school to share lessons learned feels less authentic but is empowering and cathartic. (Ages 12–16) 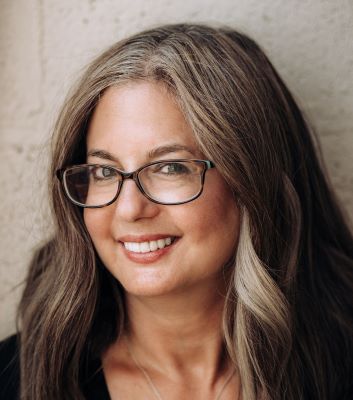 Blog for Sarah Darer Littman: It's My Life and I'll Blog if I Want To!

Created by Dear Teen Me