by Lois Lowry • Book 4 of the Giver Quartet

The fourth and final entry in the cycle of stories that began with The Giver... read more

The fourth and final entry in the cycle of stories that began with The Giver opens in the same time and place as that novel but focuses on a girl named Claire—birthmother to baby Gabe. She is reassigned to the fishery after giving birth to the “Product,” but in an oversight is not given the drugs that everyone takes from adolescence on to stop them from feeling attachment. Claire loves this child she cannot claim, and when she learns Jonas has taken her baby and escaped, she finds a way out on a supply boat. Part 2 is set in the community where Claire washes ashore after the boat is caught in a storm. She remembers almost nothing of her past. Claire’s memory comes back in a rush when she assists the healer Alys at a birth. Determined to continue the journey to find her son, but the community is locked in by the sea on one side and dangerous cliffs on the other. The only person who ever tried leaving was a young man named Einar, who came back crippled. But Einar agrees to help Claire, overseeing rigorous physical and mental training to prepare her for the climb up the cliff and what she will face at the top: the Trademaster. Part 3 finds Claire living in the village of The Messenger. Gabe is a teenager there, building a boat because he wants to leave and find out about his past. Claire hasn’t told Gabe who she is because she traded her youth to find him: She’s an old woman, now near death. Jonas doesn’t know who Claire is either, but he does sense that Gabe possesses a special ability, and when the Trademaster appears outside town, he knows Gabe is the one destined to confront him if everything they have worked so hard to build—a community of trust and respect—is to be saved. Lois Lowry affirms the power of love and of peaceful resistance as she brings her quartet to a satisfying and inspiring close. (Ages 11–15) 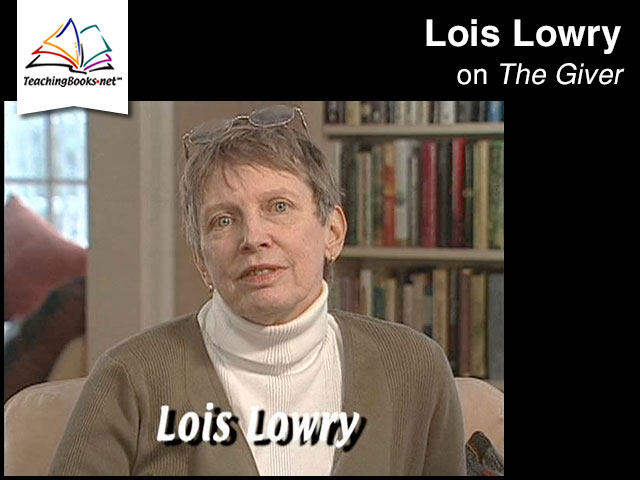 TeachingBooks Guest Blogger: Lois Lowry “Beginnings: How Life and Writing Mirror Each Other” 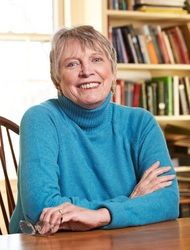 TeachingBooks Guest Blogger: Lois Lowry “Beginnings: How Life and Writing Mirror Each Other”

2011 May Hill Arbuthnot Honor Lecture given by Lois Lowry