This Song Will Save Your Life

The uncool kid for as long as she can remember, Elise spent all summer before sophomore... read more

The uncool kid for as long as she can remember, Elise spent all summer before sophomore year studying teen and fashion magazines. Most of her obsessions have led to great creative or academic successes. But her attempt to fit in is a failure on the very first day of school. From a darkly funny and poignant chapter chronicling Elise's plan to commit suicide, Leila Sales's richly realized novel jumps ahead six months. Little has changed at school, but Elise discovers Start, an underground dance club. Elise has always loved music, and it's not long before learning to DJ becomes her new passion. Char, the DJ at Start, is a charismatic young man who can be sweet but is also selfish in ways Elise can't see. He offers to tutor her, though his lessons eventually become far more personal-Char is very good at getting what he wants. Elise's family and classmates know nothing about her night life at Start, but when she gets an offer from the owner of the club to have her own gig, everything unravels. Elise's talent threatens Char, and she's not sure taking the job is worth losing his affection. Maybe it's just better to be ordinary-hasn't the ways she's excelled over the years been exactly why she's such an outsider? An emotional novel with a singular plot is wholly credible thanks to a cast of characters who are messy and human in ways that feel very real. So, too, does Elise's eventual acceptance of the ways she does, indeed, shine, as something to celebrate rather than hide. (Age 14 and older) 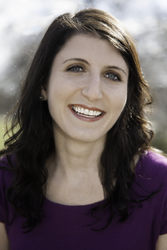