Sixteen-year-old Andrew Winston Winters believes he has a monster inside him and... read more

Sixteen-year-old Andrew Winston Winters believes he has a monster inside him and is terrified of letting it out and hurting someone. Chapters labeled "matter" chronicle Win's life in the present at his Vermont boarding school, where he is obsessed with the monster's inevitable emergence. Even Chemistry, a subject at which he excels, cannot hold him: The particles of his life are in disarray. Although his former roommate, Lex, has been a jerk, his concern for Win is genuine. So, too, is new student Jordan's once she realizes Win needs help. Alternating chapters titled "antimatter" provide details about Win's life as middle child Drew in a family of three kids. At first, it seems that their father is merely controlling and unkind. But Drew, who is sometimes out of control, can almost always rely on his older brother, Kevin, and they all adore his little sister, Siobhan. The deeper author Stephanie Kuehn skillfully leads readers into the past, and the closer she looks at one particular summer, the more disturbing the picture becomes, until the tragedy of all three of the children's lives becomes undeniable. This deft and powerful novel exploring the impact of sexual abuse on children, and especially on one boy, is steeped in tragedy, but Win is a survivor. He feels guilty about this at the story's beginning: Kevin and Siobhan are gone. But by story's end, he is beginning to understand, and even embrace it, with more than resignation; with something leaning toward hope in a novel written with beautiful prose and a sense of quiet urgency. (Age 15 and older) 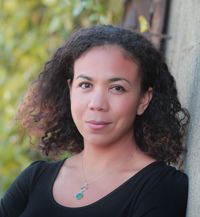 Created by Read is the New Black