About to die of leukemia, sixteen-year-old Travis elects to undergo a radical procedure:... read more

About to die of leukemia, sixteen-year-old Travis elects to undergo a radical procedure: his head is removed and cryogenically preserved. Fast forward five years to Travis waking to learn he is the second person in history to achieve a successful head-to-body transplant. While the premise requires readers to suspend disbelief in a major way, the story succeeds as realism because of its focus on Travis’s perspective. To him, it feels as if he woke up after a single night’s sleep, but in actuality his former peers have moved into adulthood without him. Travis is unable to accept the news that his serious girlfriend Cate is engaged to be married, and is determined to win her back. And what is he to make of his best friend Kyle, who had come out to Travis shortly before his death but who now seems unequivocally heterosexual? Even Travis’s supportive and loving parents’ relationship has undergone a monumental transition during his absence. In many ways, adjusting to the reality of life in a new body is the easier of the challenges Travis faces. Accepting the changes in those he loves and finding his place in this new terrain requires a strong will to adapt that Travis only achieves with the support of everyone in his life, including new friend Hatton, and fellow head/body transplant, Lawrence. This original and thought-provoking premise stars an engaging teenager with a credible and humorous voice. (Age 13 and older) 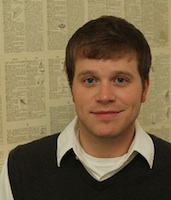