The Loud Silence of Francine Green

New student Sophie Bowman’s arrival at a Los Angeles Catholic school in the year 1949 sets in motion a time of change and political awakening for thirteen-year-old Francine. Already beginning to question the values and wisdom of her parents and teachers, Francine’s friendship with Sophie opens a gateway to new beliefs and perspectives. Sophie is a free-thinking idealist, unafraid to share her thoughts with the nuns at school, despite the inevitable punishments she receives. Sophie’s father is a Hollywood screenwriter in danger of being blacklisted, and the era’s increasing suspicion of those who were politically different is realistically portrayed. Francine’s maturation is believable and satisfying, told in the deliciously sarcastic voice of a sharp-witted teen who realizes she’s not as courageous as she’d like to be. A vivid setting in both time and place provides a rich backdrop for a memorable story of friendship and coming of age. (Ages 11–14) 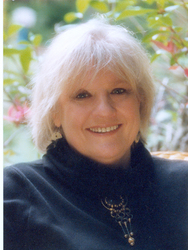