by Sandra Bradley and Sara Palacios

Henry was born into a hockey-crazed family. “The only person in Henry’s... read more

Henry was born into a hockey-crazed family. “The only person in Henry’s family who didn’t play hockey was his grandmother and that was because she’d hurt her hip. Before that she was voted MVP in the Silver Skates League six years running.” Henry takes to skates almost as soon as he can walk. But Henry takes no pleasure in hockey. When Henry attends an ice-dancing performance, it’s a heart-pounding revelation: “There were no sticks, no pucks, no helmets or pads. Only bodies. Moving with the music.” His parents aren’t certain about Henry’s new interest, but when they see his happiness as he glides across the ice on figure skates, all doubt disappears. “It took Henry sixty-nine tries before he could dash down the ice, spin like a top, and finish with one foot high in the air. On the sixty-ninth try, Grandma was sitting in the bleachers. 'Henry Holton, you beauty!’ she hollered. 'I knew you’d make one fine ice dancer! ’” Sandra Bradley’s funny, spirited, superbly told story is sensitive to the importance of being true to oneself and to the value of being surrounded by people who offer unconditional love and support. (Ages 4–8) 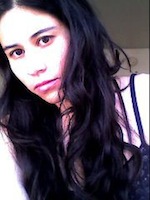 Created by A Pen in Neverland