Rudy's family moved to a remote island to treat his younger brother Dylan's severe cystic fibrosis. Dylan is now getting better thanks to consuming the magical fish found in the surrounding waters. At first Rudy feels isolated on the island, then he meets two other teenagers: Diana, who has grown up on the island, and Teeth, half-boy, half-fish, who lives in the ocean. Rudy and Diana hook up dispassionately, while Rudy's deepening relationship with Teeth affects him deeply. Teeth tries to sabotage the fishermen's efforts to catch the magical fish, whom he considers his brothers. The fishermen regularly abuse Teeth in return. As Rudy gets closer to Teeth, he is moved by this strange boy's clarity and conviction and harsh, honest assessment of the world as he understands it. He's also intrigued by questions about Teeth's past. When Teeth's efforts to free the fish from nets become more successful, the abuse escalates. So, too, do Dylan's symptoms as fish become scarce in the market. Teeth's suffering at the hands of the fishermen is unbearable to see, but if Rudy helps him and the fish continue to go free, it means watching his little brother struggle, and probably die. Hannah Moskowitz's messy, complicated novel challenges readers in the best ways. There is no right moral answer, just unsettling questions in a story that is rich with mystery and a strong sense of place, and in which the developing love between Rudy and Teeth is never explicitly stated but beautifully revealed. (Age 14 and older) 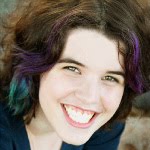