Written in the Stars

When Pakistani American Naila’s parents find out she has a boyfriend, they... read more

When Pakistani American Naila’s parents find out she has a boyfriend, they see it not only as a huge betrayal of trust but also worry how far she is moving from their culture and control. It doesn’t matter that her boyfriend, Saif, is Pakistani, too. Genuinely afraid for Naila, her parents take her to visit family in Pakistan the summer before she starts college. Naila doesn’t understand until it’s too late why they keep postponing their return: They’re arranging a marriage for her. After a failed escape attempt, Naila is drugged by her uncle and forced to marry Amin. He is a kind and patient young man who feels trapped in his own way by tradition. But when Amin’s mother threatens to send depressed Naila back to her family, Amin rapes Naila to consummate the marriage. It’s a short, powerful scene that underscores the warped way conservative tradition has shaped his perspective: He thinks he has no choice. Aisha Saeed reveals complexities of characters, situations, and culture in a riveting and moving debut novel. Naila has immense strength, and Saif is her ally in self-determination when he and his father finally help her get away. An insightful and powerful author’s note provides personal, cultural, and global perspectives on the distinction between arranged marriages in which a young woman has a choice, and forced marriages that still take place in many countries, including our own. (Age 14 and older) 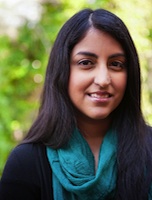