Walter Dean Myers's striking story of an African American teenage boy on trial for murder is a powerful exploration of innocence as both a state of mind and a matter of perception, as well as a label attached to actions both explicit and implied. Sixteen-year-old Steve Harmon is accused of being an accomplice in a drugstore robbery in which the storekeeper was murdered. While awaiting and then enduring the trial, the teenager is being held in jail with adults. Myers weaves together journal entries that Steve writes in jail with a filmmaker's script chronicling the courtroom events. A talented filmmaking student at his high school, Steve, who feels as if he has walked into the middle of a movie, filters his trial through his filmmaker's eye to put some distance between himself and the out-of-control turn that his life has taken. Only in the journal does he close the distance, and his entries reveal his intense fear. What his journal entries do not reveal is whether or not Steve was actually involved in the robbery, and the action in the courtroom is no more revealing. Was Steve an innocent bystander fingered by others involved to lessen their own sentences, or was he a kid who thought, before his world came crashing down, that it was possible to maintain a mantle of innocence by playing just a small role in a crime that was never supposed to end in murder--acting as an advance lookout rather than actually robbing the store? This riveting, highly discussable novel provides an intense and eye-opening look at both human nature and the criminal justice system, and both are called into question. The prosecutor labels Steve a "monster," and it is an idea--a question about himself--that Steve cannot shake. Nor can readers, not because Steve is a monster but rather because he so clearly is not. (Age 13 and older) 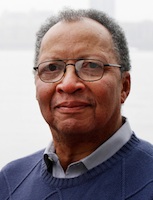