As a child, Yael was subjected to Nazi medical experimentation attempting to physically... read more

As a child, Yael was subjected to Nazi medical experimentation attempting to physically transform subjects into the ideal Aryan. Her hair gradually turned blonde, her eyes blue. But Yael also discovered she could take on the appearance of other women and girls at will, a secret that was her means of escape from the concentration camp. Ten years have passed in this alternate history sci-fi hybrid, and Yael is at the center of a plot to assassinate Hitler. The Axis powers—Germany and Japan—hold an annual motorcycle race that crosses their two empires. In 1955, a young woman named Adele Wolf won. In a rare public appearance, Hitler danced with Adele at the Victor’s Ball. Now Yael has been training for a year to pose as Adele, win the race, dance with Hitler, and assassinate him. A novel that hurtles at a breathtaking pace alternates between chapters chronicling Yael’s progress in the race—complicated by the unexpected entry of Adele Wolf’s twin brother, Felix, who is trying to convince her to quit and come home, and the unexpected relationship between Adele and another champion, Luka Löwe—and her past, full of hard lessons and aching, poignant loss. Dirty tricks and sabotage are expected among contestants, and alliances are often the only way to make it to the next checkpoint. But whom can Yael trust? The relationships are complex and satisfying, with all of the characters drawn with greater and greater subtlety as the novel races toward a shocking conclusion. (Age 13 and older) 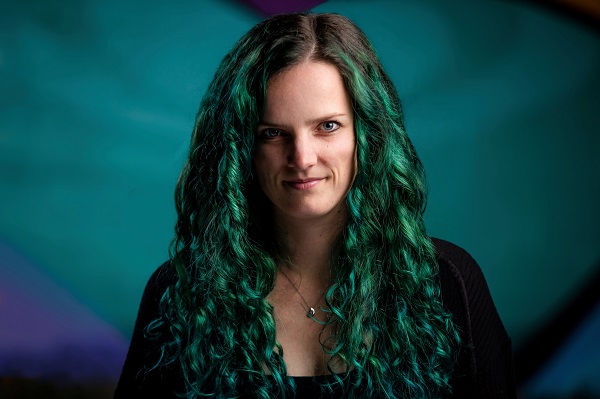